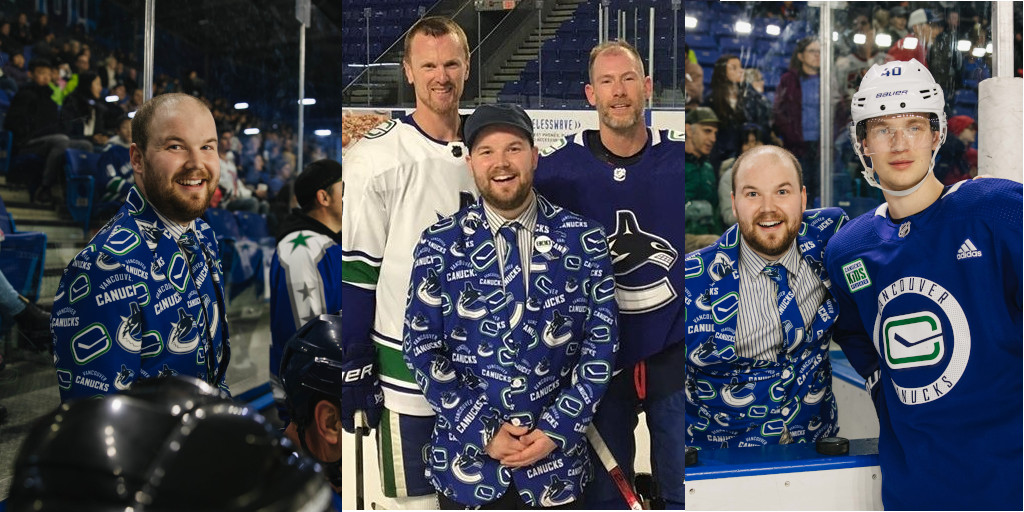 Bob Shanks began fundraising for Canucks Autism Network (CAN) in 2012. Since then, he has become the most successful individual fundraising in the organization's history.

In nine years, Bob has single-handedly raised over $250,000 for the cause. This past year, his incredible accomplishment was featured in The Province.

His motivation? As an adult with autism, Bob seeks to help those who share his diagnosis.

"It's all for the kids," you'll often hear Bob say. "I tell people my story and how the money helps."

As the passionate coach and manager of Team Bob Shanks, he has drafted Canucks Alumni Brendan Morrison onto his team both years.

For his unparalleled fundraising efforts, Bob has earned the respect and admiration of not just Morrison, but a host of NHL Alumni and the entire Canucks Autism Network community.

Will you help Bob reach his fundraising goal in 2021?

All proceeds will support CAN initiatives province-wide, including sports & rec programs for kids, employment programs for youth & adults and much, much more.

For more info on the cause, please visit canucksautism.ca.

For more info on the tournament, plase visit canproam.ca.

I have achieved 100% of my fundraising goal!

If you think this page contains objectionable content, please inform the system administrator.